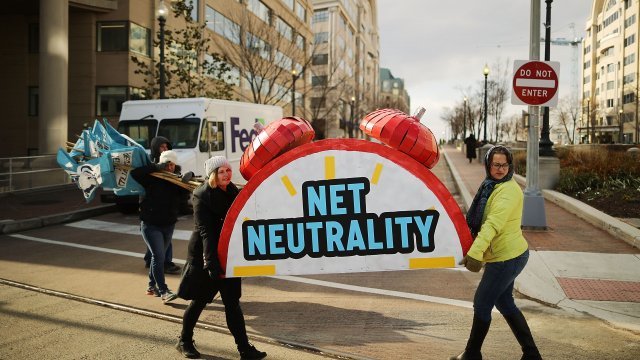 Senators will vote Wednesday on whether to uphold net neutrality regulations.

Last week, Senate Democrats forced a vote through the Congressional Review Act. It allows rules by federal agencies to be overturned within 60 legislative days of their introduction.

They're expected to win the Senate vote, but things will be more difficult in the House. Ultimately, upholding the rules is a long shot, but Democrats feel the fight is worth it to keep the issue on voters' minds and in the headlines.

The Obama-era regulations were meant to keep internet service providers from speeding up certain websites and slowing down others. But FCC Chairman Ajit Pai repealed net neutrality rules in December.

If the rules are not upheld, the official end to net neutrality is June 11.