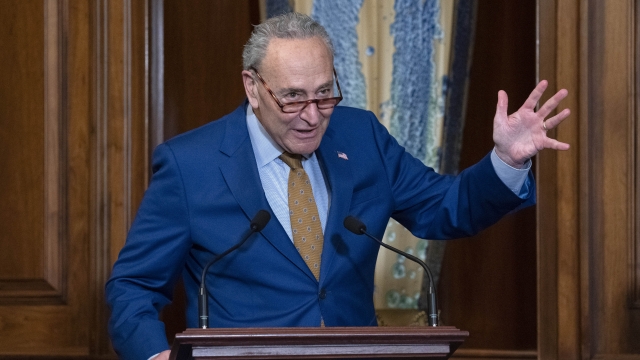 Senate Majority Leader Chuck Schumer says the Senate will vote on a bill that would create an independent commission to investigate the Jan. 6 attack on the Capitol. It passed the House in a bipartisan vote yesterday.

"The only way to stop these lies is to respond with the truth, with facts, with an honest, objective investigation of what happened that day," said Schumer. "An independent commission can be the antidote to the poisonous mistruths that continue to spread about Jan. 6."

But it's unclear if there will be enough support in the Senate as Republican opposition to the bill grows.

"I've made the decision to oppose the House Democrats' slanted and unbalanced proposal," said Senate Minority Leader Mitch McConnell. "It's not at all clear what new facts or additional investigation yet another commission could actually lay on top of existing efforts by law enforcement and Congress."

The commission will be modeled after the investigation into the Sept. 11 attacks. The legislation would establish a 10-member commission that would make recommendations by the end of the year for securing the Capitol and preventing another insurrection. The commission would be split evenly between Republicans and Democrats.