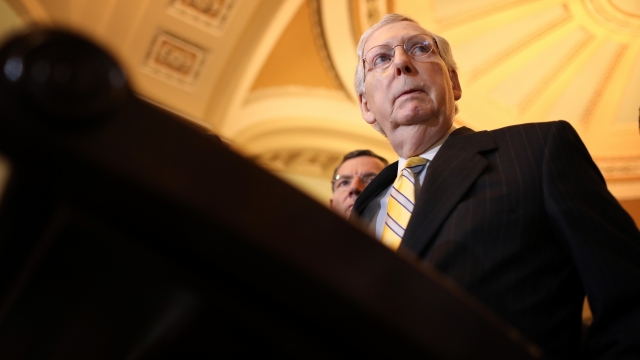 SMS
Senate To Vote On Disaster Relief Package By End Of Next Week
By LeeAnne Lowry
By LeeAnne Lowry
May 15, 2019
The $17 billion package is intended to aid communities recovering from natural disasters.
SHOW TRANSCRIPT

The Senate will vote on disaster recovery legislation next week regardless of whether a bipartisan agreement is reached, according to Senate Majority Leader Mitch McConnell.

The $17 billion package is intended to aid communities recovering from natural disasters. But it has stalled for months primarily because lawmakers can't agree about relief for Puerto Rico, which was hit by two hurricanes in 2017.

Democrats have argued Trump and the Republican Party are trying to limit how much money is given to Puerto Rico. President Trump has said the U.S. territory already received a lot of money. He also said he wanted to stop sending Puerto Rico relief funding because he said it was using the money to pay off its debt.

McConnell said he will force a vote by the end of next week — before a Memorial Day recess — because he isn't going to send "members of either party home to these storm- and flood-ravaged states without at least some action." He also said he hopes the lawmakers vote on a deal "the president will sign."