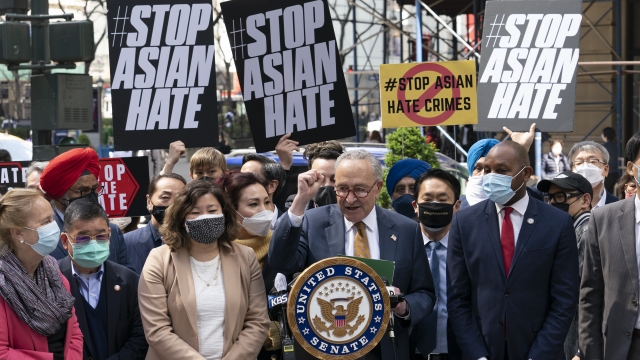 Legislation to combat hate crimes against Asian Americans has been introduced in the Senate.

Last night, Senate Majority Leader Chuck Schumer made the announcement at an event in New York City. He said the bill should not be a partisan issue and the Senate will vote on it Wednesday.

"We are here because there has been a terrible and deeply troubling uptick in anti-Asian hate crimes here in New York and across America," Schumer said. "And we are saying, 'no more.'"