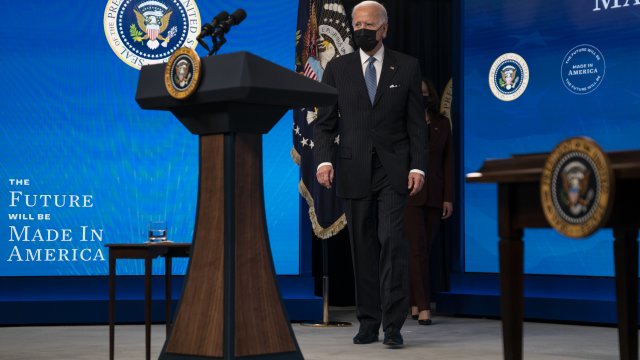 It's going to be a busy week here on Capitol Hill. That power-sharing deal, if it can be finalized, could be very key in moving along these cabinet picks.

We shouldn't underestimate that President Trump over four years was able to systematically change several cabinet agencies from the top down, whether you're talking about the Department of Energy, the VA, the Department of Health and Human Services in a direction that, quite frankly, Democrats hated.

And for President Biden, as he gets his first 100 days under way, it's a crucial window for an incoming president. It's only until the end of April. The first 100 days is really about making swift changes in policies. In order to do that, you need to have someone in charge at a cabinet agency and in order to do that, you need the Senate to confirm it. Obviously it's a busy week here on Capitol Hill.

President Biden is perhaps growing a bit impatient. He certainly was prior to his inauguration, that he wasn't able to get more confirmed. He’s hoping that there are more votes in the coming days and weeks.

What the Senate is focusing on is national security priority first — that's why you had the Secretary of Defense confirmed first.

The Secretary of Treasury is obviously influential with the COVID-19 pandemic and the economic relief going forward. That’s the process the Senate is moving forward, but the White House certainly growing impatient that there's not more cabinet members confirmed.