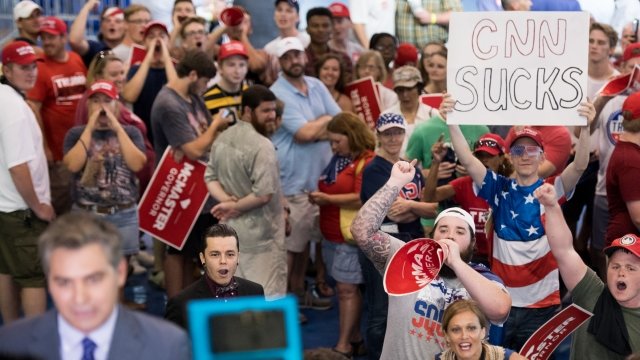 While the resolution did not mention President Trump by name, it affirmed that "the press is not the enemy of the people," as the president has claimed repeatedly.

The move comes on the same day more than 300 publications across the country ran editorials criticizing the president's rhetoric.

The Boston Globe organized the effort and says the president's comments aim to undermine trust in the press and threaten press freedom.

The president responded to the Globe's editorial Thursday morning, writing on Twitter, "The Globe is in COLLUSION with other papers on free press."

The president added, "The press is FREE to write and say anything it wants, but much of what it says is FAKE NEWS."