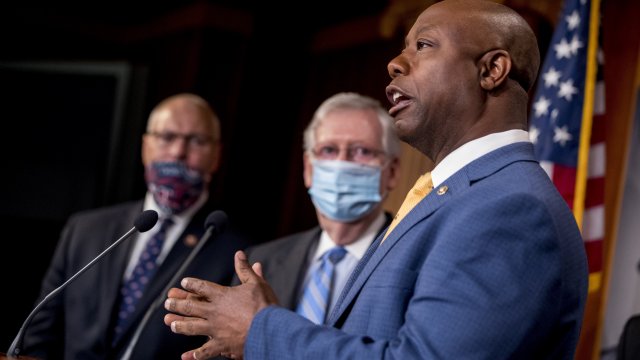 What it doesn't do: outright ban tactics like chokeholds and no-knock warrants. Scott says right now, only 40% of departments report use-of-force interactions to the FBI.

Majority Leader Mitch McConnell says he's reshuffling the Senate schedule to bring up the bill next week, after two judicial nominees are voted on. Democrats in both chambers are criticizing the bill, saying it doesn't go far enough.

During the debate to alter the bill, Republicans offered amendments they say are important in light of the Russia investigation that would place new requirements on the FBI and law enforcement to record all interviews.

Both bills, likely to pass in each chamber, will almost certainly need to be renegotiated to stand a chance of gaining widespread bipartisan support.