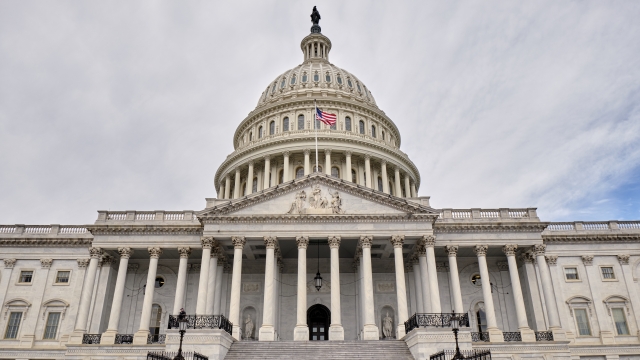 SMS
Senate Republicans Unveil Police Reform Package
By Katherine Biek
By Katherine Biek
June 17, 2020
It would require police departments to report to the FBI uses of force that cause death or serious injury, as well as instances of no-knock warrants.
SHOW TRANSCRIPT

Sen. Tim Scott from South Carolina — the Senate's only Black Republican — helped lead the group of lawmakers who drafted the package. He said Americans are asked too often to choose between supporting communities of color and supporting the police.

The 106-page bill contains a mix of proposals, including requiring police departments to report to the FBI uses of force that cause death or serious injury, as well as instances of no-knock warrants. States and local departments that fail to do so would get some of their federal funding taken away.

While the bill does not ban the use of chokeholds, it would take federal funds away from agencies that continue to employ the practice. Senate Republicans also want to provide money for police body cameras and increase penalties for false police reports.

The bill would establish two commissions: one to review the criminal justice system and another to study conditions that affect Black males. And it would make lynching a federal hate crime.

The unveiling of the GOP package comes after President Donald Trump responded to the national outcry for changes to U.S. policing by signing an executive order Tuesday.