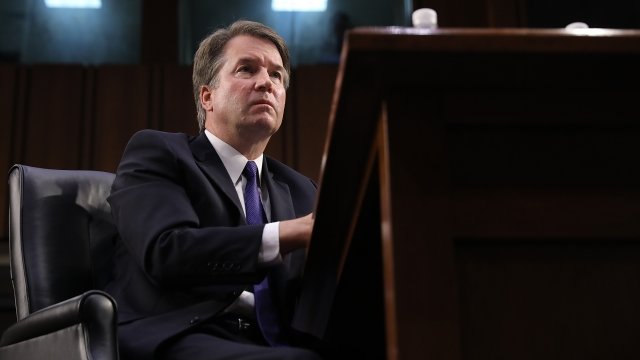 But he later reversed course and revealed she's Rachel Mitchell. According to the committee, she's a prosecutor for the Maricopa County Attorney's Office in Arizona. She's also the division chief of its Special Victims Unit. She's currently on leave from both of those roles.

Mitchell will question both Kavanaugh and Christine Blasey Ford, who's accused him of sexually assaulting her decades ago.

Ford's lawyer took issue with Mitchell's hiring and sent a letter to the panel Monday, saying an "experienced sex crimes prosecutor" isn't appropriate for the venue, because it's not a criminal trial.

But Grassley said he hired Mitchell "to de-politicize the process and get to the truth, instead of grandstanding and giving senators an opportunity to launch their presidential campaigns."

It's also worth pointing out that there are only four women serving on the committee, and they're all Democrats.

Sources told NBC News there will be one round of questioning for both Kavanaugh and Ford during Thursday's hearing. So senators will be allowed to ask their own questions if they wish.

The committee's scheduled to vote on Kavanaugh's nomination Friday morning.