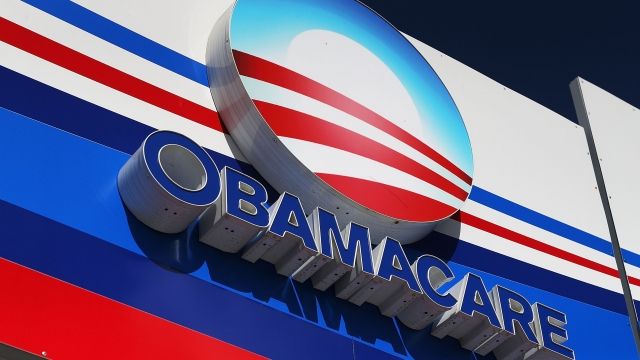 SMS
GOP Moves To Defund Obamacare; Democrats Can't Block It
By Jake Jones
By Jake Jones
January 3, 2017
Republicans figured out a way to gut funding for Obamacare early in 2016. Now they set the plan into motion.
SHOW TRANSCRIPT

Republicans weren't kidding when they said repealing Obamacare would be a top priority in 2017.

The 115th Congress was only in session for a few hours when GOP senators filed a budget resolution to start stripping away funding for the Affordable Care Act.

Republicans can't just repeal the law; even though the GOP kept control of both chambers of Congress, they don't have the numbers to block a Senate filibuster, which has stopped previous repeal attempts.

That's why they're going after the law's funding rather than trying to flat-out repeal it. And they've tried something similar before.

Early in 2016, both the House and the Senate passed a budget reconciliation bill to defund parts of the health care law. The measure bypassed a filibuster in the Senate because it only needed a simple majority.

Related StoryShould We Expect Trump To Repeal Obama's Executive Actions On Day One?

Ending a filibuster requires 60 votes in the Senate; filibustering isn't possible in the House of Representatives due to time limits on debates.

The bill, if signed into law, would have blocked funding for Planned Parenthood, eliminated Medicaid coverage for the poverty-stricken, eliminated tax penalties for those without insurance and more. This would have been done over the course of two years, avoiding upward of 20 million people immediately losing their health care coverage.

President Obama vetoed the reconciliation bill, as you would expect. But it laid the groundwork for how Republicans could dismantle the law under a Trump administration.

The budget resolution passing the first day of the new Congress is the first step to another reconciliation bill.

Although then-candidate Donald Trump and top conservatives said they wanted to do away with Obamacare on day one, it's not that simple.

Currently, GOP lawmakers haven't agreed on a plan to replace the Affordable Care Act once it's been gutted. That's another reason why the so-called "repeal resolution" benefits Republicans: It's a gradual process that gives them time to come up with a replacement.