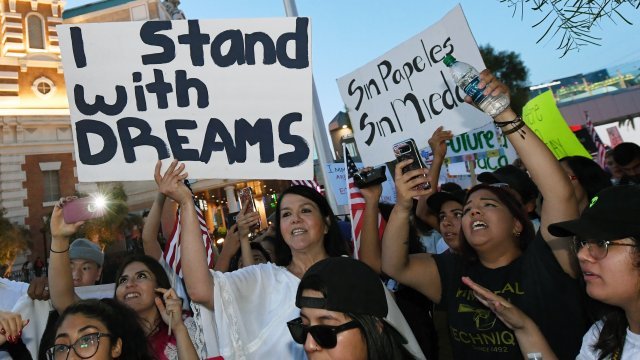 "The Succeed Act, I believe, is a fair, compassionate, merit-based solution to the challenge that we have with children who came here through no fault of their own and now find themselves uncertain about their future in this country," Tillis said.

The bill would give those immigrants a "merit-based" path to legal status and eventual citizenship. Protectees would have to meet specific requirements, including a clean criminal record and proof of employment, secondary education or military service. If they met those criteria for 10 years, they could then apply for green cards. 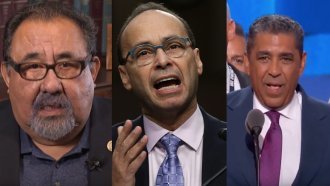 The Succeed Act would also notably bar those protectees from sponsoring family members who want to move to the U.S. until they were granted citizenship. Under the bill, that would take a minimum of 15 years.

Tillis and Lankford said they believe hundreds of thousands of people could be eligible for the program if it's enacted.

"If you work hard, if you follow the law and you pay your taxes, you can stay here permanently," Tillis said. "It ensures fairness. There's no skipping in line."

Earlier this month, the Trump administration announced it would rescind the DACA program, which was enacted under the Obama administration to protect young, undocumented immigrants who were brought to the U.S. by their parents.

The White House gave Congress six months to come up with a replacement before the program expired.