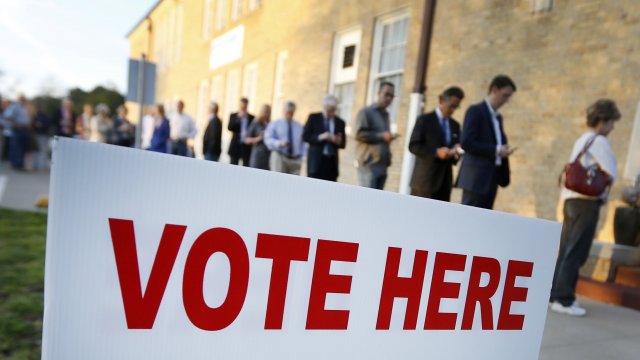 On Tuesday, Republicans on the Senate floor blocked two separate bills meant to help protect the 2020 elections from outside interference.

The first bill to get the thumbs down was Sen. Amy Klobuchar's Honest Ads Act.

"Election security is national security, and it's well past time that we take action," Klobuchar said.

The legislation would require digital platforms to "make all reasonable efforts" to ensure foreign entities aren't buying online political ads. Platforms with more than 50 million unique monthly visitors would have to maintain a public file of advertisers who have spent more than $500 on ads.

But Senate Majority Whip John Thune blocked the bill. He argued the legislation needs to be more bipartisan in order to move forward.

Next, Senate Minority Whip Dick Durbin called on lawmakers to pass the Election Security Act, which would provide $1 billion in election security funding to states.

But Sen. John Kennedy objected to the bill's passage. He said $1 billion was excessive in light of the $380 million in election security funds granted to states last year.

"This bill has more red flags than the Chinese Embassy," Kennedy said.

Senate Republicans have repeatedly blocked election security legislation sent to them by the House.