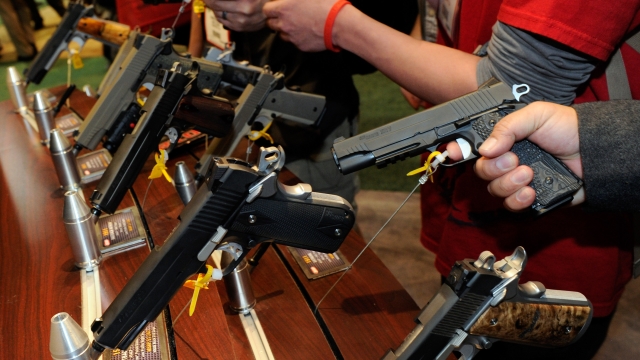 The U.S. Senate voted on four gun control amendments Monday, and as expected, all four failed.

Two of the four measures came equally close to the 60 votes needed to pass. Both of the proposals from Republican senators received a 53-47 vote.

After the measures failed, Senate Democrats blamed the National Rifle Association and its powerful hold over numerous politicians.

"Republicans are just about as phony as anyone can be. All they care about is taking care of the NRA. You get somebody that's in a difficult situation, like the senator from New Hampshire, the junior senator from New Hampshire, she's doing everything but yoga on the Senate floor to try to justify what she's doing," Sen. Harry Reid said after the votes.

"But what happened today is so troubling and disturbing and frustrating. That when there are gaping holes, that literally our enemy is telling people to exploit these holes, to kill us, we've left these loopholes open," Sen. Cory Booker said.

One of the amendments would've closed the loophole that allows anyone to buy a gun at a gun show or on the internet without having to pass a background check — a change that's supported by the majority of Americans.

But the Democrats pledged to continue the fight. Sen. Chris Murphy, who led the filibuster last week to get a vote on these amendments, wrote on Twitter, "Dear gun lobby - I'm not going anywhere. I'm not backing down. I'm not giving up. And I got millions of folks with me. #Enough"