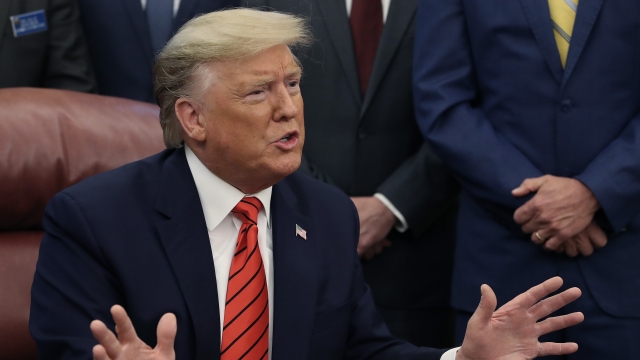 The Senate passed a resolution that says President Donald Trump can no longer take military action in Iran without lawmakers' approval. Congress will have to authorize military operations with a vote, except in cases when the U.S. faces an "imminent attack."

Kaine said the resolution's not really not about any president but about Congress taking the deliberation of war seriously. He said, "If we're to order our young men and women ... to risk their lives in war, it should be on the basis of careful deliberation by the people's elected legislature and not on the say-so of any one person."

The measure also directs President Trump to end hostilities against Iran, "unless explicitly authorized by a declaration of war or specific authorization for use of military force against Iran."

Kaine presented the resolution not long after Iranian Maj. Gen. Qasem Soleimani was killed by U.S. forces. President Trump ordered the fatal drone strike without authorization from Congress, and Iran launched a counterstrike against a military base in Iraq.

The White House said President Trump will veto the resolution if it lands on his desk.