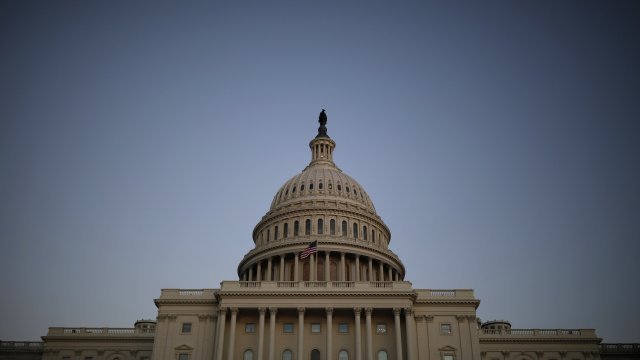 By Katherine Biek
December 20, 2018
The bill would keep the government running through Feb. 8.
SHOW TRANSCRIPT

The House could vote as early as Thursday on a stopgap spending bill to keep the government running through Feb. 8.

The bill, which will fund nine federal departments and a number of agencies, was passed by a voice vote in the Senate late Wednesday.

Congress has to pass a new budget by midnight Friday to avoid a partial government shutdown. And up until this week, the big sticking point between lawmakers and President Donald Trump was border wall funding.

But on Tuesday, the Trump administration appeared to back off its hard-line demand that legislation include $5 billion for a border wall. Press secretary Sarah Sanders said the White House is looking at other sources for that money.

Multiple outlets report the House is expected to pass the spending bill. But with Christmas quickly approaching, it's unknown exactly how many lawmakers will be present when the vote happens. The New York Times said more than 70 representatives weren't at Wednesday's session.

If the House does end up approving the bill, it'll then head to the president's desk for the final stamp of approval.