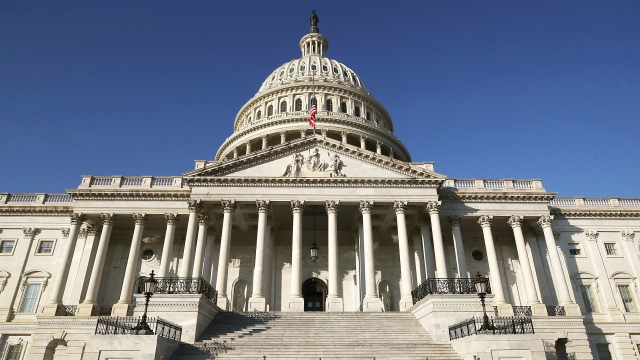 A short-term spending bill designed to prevent another government shutdown is now heading to President Donald Trump's desk. He is expected to sign it.

The Senate approved the bill Thursday by a vote of 82-15. The House passed it earlier this month. The measure would keep the government open through Nov. 21, giving lawmakers about eight more weeks to agree on an appropriations bill.

Last year, the appropriations bill got hung up when lawmakers couldn't reach a consensus on just how much money should be set aside for President Trump's border wall.

Because of that disagreement, the U.S. experienced its longest-ever government shutdown in December and January.

On Wednesday, the Senate passed a resolution for the second time that would block President Trump from using military funding for the border wall under an emergency declaration. The final vote was 54-41, short of the two-thirds majority the Senate would need to override the potential veto by the president.