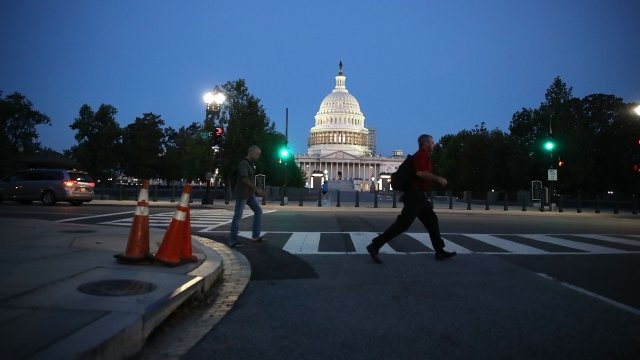 By Stephanie Liebergen
June 28, 2018
The Senate passed its version of the farm bill Thursday, but now the chamber needs to reconcile its version with the House's bill.
SHOW TRANSCRIPT

The legislation reauthorizes or modifies Department of Agriculture programs for about the next five years.

But the House of Representatives narrowly passed a different version of the farm bill, so now the two need to be reconciled.

One of the biggest items in the bill is the Supplemental Nutrition Assistance Program, or SNAP. The House bill would make major changes to the program, including adding a 20-hour-per-week work requirement. But the Senate version leaves the program largely the same, making some changes to prevent fraud, according to Politico.

Congress is facing a bit of a deadline to come to an agreement. The current farm bill expires Sept. 30.