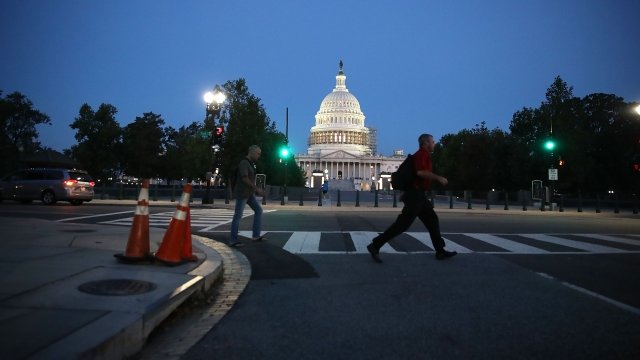 SMS
Senate Passes Defense Policy Bill With ZTE Penalties Amendment
By Katie Cammarata
By Katie Cammarata
June 19, 2018
The two chambers of Congress have to get together to approve a bill before sending it to President Donald Trump's desk.
SHOW TRANSCRIPT

The Senate easily passed the National Defense Authorization Act on Monday, and Chinese tech company ZTE might not like part of it.

It also has a provision that would penalize ZTE.

The bipartisan amendment would ban U.S. government agencies from buying or leasing services and equipment from Chinese tech firms ZTE and Huawei; bar the U.S. government from giving money to help those companies or their affiliates; and reinstate penalties against ZTE for violating sanctions on Iran and North Korea.

In early June, the Commerce Department struck a deal with ZTE to lift crippling U.S. sanctions on the company.

In return, the Chinese tech firm has to pay a $1 billion fine; put $400 million in escrow in case of future violations; allow a U.S. compliance team to be embedded at the company; and change its board of directors and executive team in 30 days.

The White House has warned that congressional attempts to block the deal could violate the Constitution's separation of powers.

The House passed its own version of the defense policy bill in May.

Now the two chambers have to get together and approve a bill before sending it to President Donald Trump's desk.