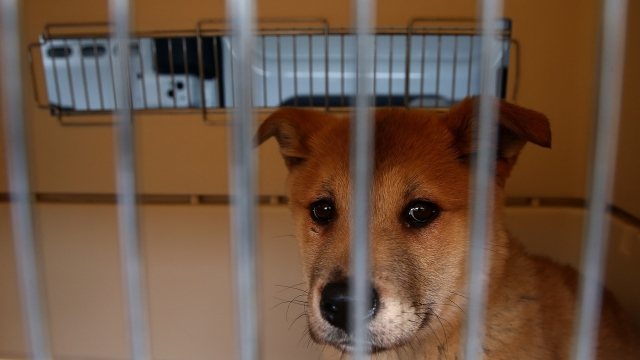 SMS
Senate Passes Bill That Would Make Animal Cruelty A Federal Felony
By Ahmed Jawadi
By Ahmed Jawadi
November 6, 2019
The bill would make cruelty against animals a federal felony punishable by fines and up to seven years in prison.
SHOW TRANSCRIPT

The Senate has passed a bill that would make animal cruelty a federal felony.

The Senate unanimously approved the Preventing Animal Cruelty and Torture Act, or PACT Act, on Tuesday. The bipartisan bill, which passed in the House last month, expands on a 2010 animal cruelty law that outlawed creating or distributing videos of animals being intentionally injured or killed.

But that law only targeted the creation and sale of videos, not the acts of cruelty themselves. The PACT Act would close this loophole and gives local law enforcement federal jurisdiction to go after offenders. Those convicted would face fines and up to seven years in prison. The legislation does make exceptions for hunting, slaughtering for food and medical or scientific research.

One of the Senate bill's sponsors, Sen. Pat Toomey, called its passage "a major victory in the effort to stop animal cruelty and make our communities safer." He said it's "appropriate" for the federal government to have strong animal cruelty laws because "evidence shows that the deranged individuals who harm animals often move on to committing acts of violence against people."

The bill now heads to President Donald Trump's desk for his signature.