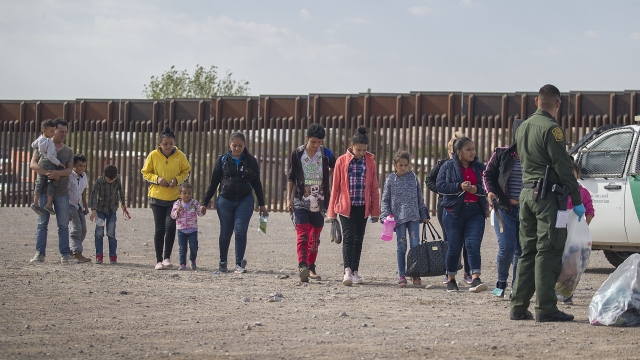 The Senate passed an almost $4.6 billion emergency bill Wednesday that would deliver aid to thousands of migrant families and unaccompanied children at the southern border.

The Senate's vote comes after it rejected a $4.5 billion measure passed by the House on Tuesday night. House Democrats had tacked lots of provisions onto that bill, and the White House had threatened to veto it.

"The Senate has a better and more bipartisan way forward," he said. "It's a productive compromise that would go a long way to begin to address the border crisis. No poison pills."

Both bills include over $1 billion for shelter and food and almost $3 billion to provide care for migrant children.

The House bill put more restrictions on how the Trump administration could use the emergency funds than the Senate's.

Lawmakers are hoping to get a bill to the president's desk before they leave for the July 4 recess.