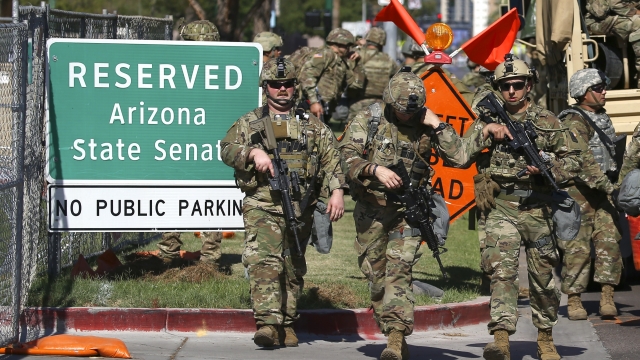 SMS
Senate Panel Backs Amendment To Curb Military Response To Protests
By Ahmed Jawadi
By Ahmed Jawadi
June 11, 2020
​The Senate Armed Services Committee approved an amendment to ​the NDAA ​"to prevent the use of military funds or personnel" against protesters.
SHOW TRANSCRIPT

The Senate Armed Services Committee has passed a defense bill amendment aimed at curbing the use of military force against protesters.

The panel voted to include Sen. Tim Kaine's amendment to the National Defense Authorization Act for Fiscal Year 2021 on Wednesday. Kaine announced last week he would introduce an amendment "to prevent the use of military funds or personnel" against protesters a day after President Donald Trump threatened to invoke the Insurrection Act.

The senator said he "was pleased" with Wednesday's vote, but admitted that the amendment "was something I would never have thought I needed to do until last week: prevent the use of military force against peaceful protesters. ... This shouldn't be a partisan issue."

With the committee's passage of the defense bill, it now heads to the full Senate for consideration.