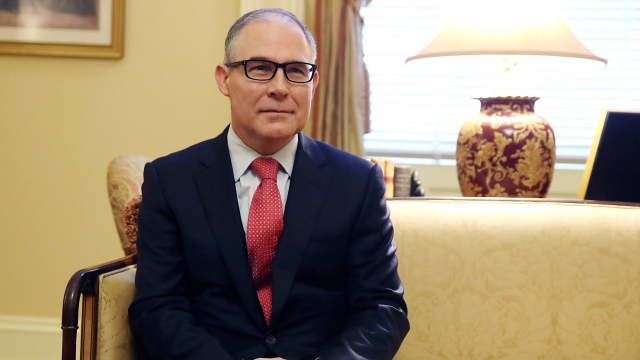 Democrats on the panel boycotted the scheduled vote for the second time in a row.

According to the committee's rules, at least two members of the minority party must be there for a vote. But Sen. John Barrasso, chairman of the panel, suspended those rules so the nomination could pass with only Republican votes.

"It's disappointing that they chose that course of action, but we will not allow it to obstruct," Barrasso said.

Democrats have opposed Pruitt since President Donald Trump nominated him in December.

When Pruitt was Oklahoma's attorney general, he sued the EPA multiple times. And Democrats on the committee say he hasn't answered some of the questions they asked him about his record and positions.

Pruitt's nomination will now go to the full Senate, where he will likely be approved next week.