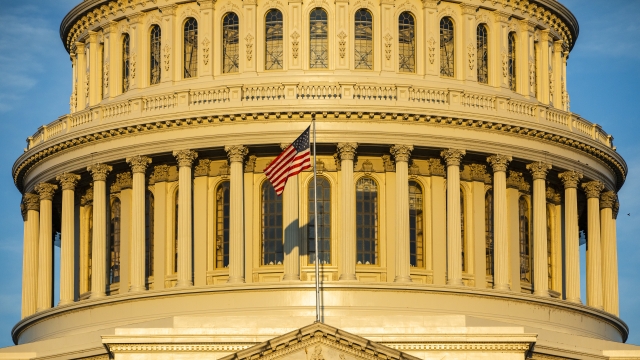 House lawmakers passed a stopgap spending bill Thursday that will avert a government shutdown next month and keep the lights on through Nov. 21.

The bill will fund the government at current levels, and it includes provisions to extend funding for community health programs and Medicaid in U.S. territories. It will also require the Department of Agriculture to provide state-by-state data on the impact of the Trump administration's trade war with China.

The Senate is expected to take up the budget bill next week, but leaders there have already clashed over proposed defense spending. On Wednesday, Democrats accused the GOP of trying to redirect funds toward President Trump's U.S.-Mexico border wall. Republicans, in turn, accused Democrats of stalling talks out of spite for the president's immigration policies.

Schumer said, "We're simply trying to stop Republicans from stealing the money from our military and putting it into the wall, which he said Mexico would pay for."

Debate over the border wall last winter prompted a 35-day government shutdown — the longest in U.S. history. In February, President Trump declared a national emergency to push $8 billion toward building a wall. Earlier this month, the administration moved forward with a plan to divert $3.6 billion of that amount from military construction funds.

President Trump reaffirmed the national emergency Wednesday while visiting the border in Otay Mesa, California. But Democrats are expected to mobilize against the declaration later this month.