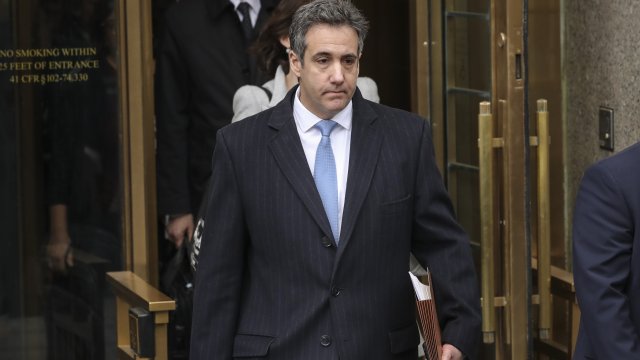 The Senate Intelligence Committee subpoenaed Michael Cohen to testify in mid-February, and according to multiple media outlets, Cohen will obey it.

That congressional committee is one of at least three that want the former personal attorney of President Donald Trump to testify.

Cohen was scheduled to testify before the House Oversight Committee on February 7, but Wednesday he backed out of that hearing. Cohen cited concerns for him and his family's safety, alleging that the some of the threats came from President Trump.

The Oversight committee hearing was scheduled to be public. But a majority of the Senate Intelligence Committee's hearings are behind closed doors.