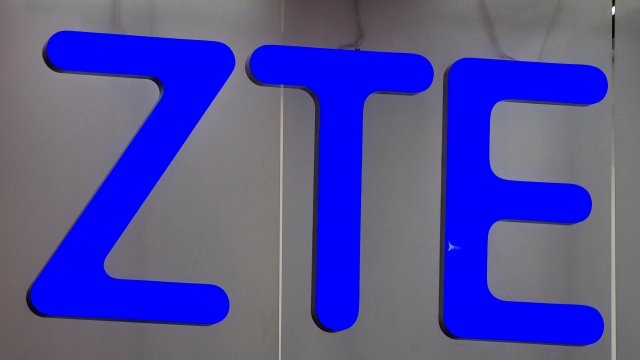 SMS
Senate GOP Won't Push To Block ZTE From Buying US Goods
By Jake Jones
By Jake Jones
July 20, 2018
Blocking ZTE from buying U.S. goods would likely have put it out of business.
SHOW TRANSCRIPT

Senate Republicans are no longer trying to re-impose sanctions on Chinese tech company ZTE. Instead, the GOP agreed to strengthen the Committee on Foreign Investment in the U.S., which reviews overseas investment in the U.S. for national security concerns.

The compromise means ZTE will not be blocked from buying U.S. goods, a ban that would likely have put it out of business.

The decision was seen by some as a bow to the White House. President Donald Trump pushed for a deal that allowed ZTE to stay in business.

Sen. Marco Rubio criticized the deal on Twitter. He said strengthening oversight on foreign investments was good news, but not at the cost of having to "cave" on the ZTE ban.