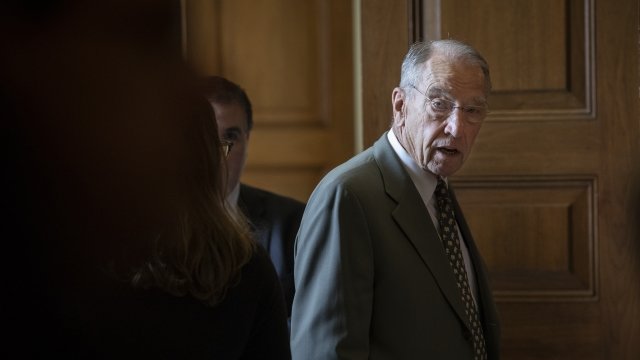 Senate Republicans say they're trying to de-politicize Thursday's hearing about the sexual assault allegations against Supreme Court nominee Brett Kavanaugh. To that end, they're hiring an outside counsel to lead the questioning of both Kavanaugh and one of his accusers, Christine Blasey Ford.

Senate Majority Leader Mitch McConnell told reporters, "Our goal is to have a respectful hearing, which is what we believe Dr. Ford would like to have."

Arizona prosecutor Rachel Mitchell ran the sex crimes bureau of the Maricopa County attorney's office for 12 years, where she handled both child and adult sexual assault cases. That experience could help shape the Senate's assessment of Ford's claims against Kavanaugh. 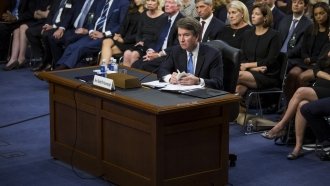 This strategy also spares the GOP from reliving the optics of the Clarence Thomas hearings, when an all-male panel grilled Anita Hill about her sexual assault claims. There are currently no Republican women on the Senate Judiciary Committee.

One of Ford's lawyers, Michael Bromwich, protested the involvement of a criminal prosecutor in the hearing, noting that "neither Dr. Blasey Ford nor Judge Kavanaugh is on trial." Ford and many Senate Democrats have asked for an FBI investigation into the claims before she testifies.

Outside counsels have been a key part of past Senate hearings: Fred Thompson helped expose the existence of Oval Office recordings during the Watergate investigation, and John Nields led the grilling of key witnesses like Oliver North into the Iran-Contra arms-dealing scandal during the Reagan administration.

But in this case, Mitchell won't have nearly as much time to do her job. The committee is scheduled to vote on Kavanaugh's confirmation on Friday, one day after Ford's testimony.