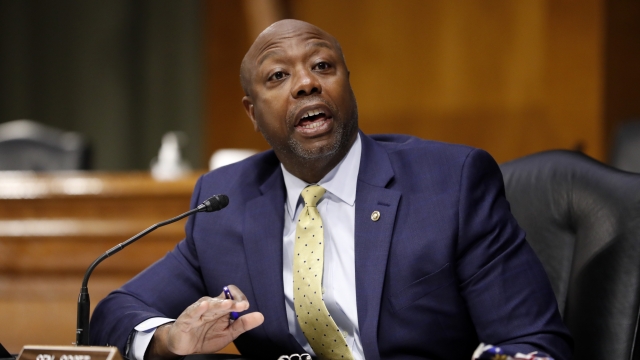 Republican lawmakers in the Senate plan to introduce a package of proposals Wednesday that are designed to reform the police system in the U.S.

Sen. Tim Scott from South Carolina — the Senate's only Black Republican — is helping lead the group of lawmakers who are drafting the package.

Scott told NBC's "Meet the Press" Sunday that he believes Republicans and Democrats in Congress will end up agreeing on a bill to address calls for sweeping police reform.

He said, "There are approaches that are very similar and somewhat different at the same time. I think we’re going to get to a bill that actually becomes law."

One of those similar-but-different approaches is banning chokeholds. Scott said the GOP package will take federal funds away from individual police departments that continue the practice. A bill introduced by congressional Democrats last week would instead take the money away at the state level.

According to the Associated Press, the GOP package will encourage police officers to wear body cameras, establish a national database for police use-of-force incidents and classify lynching as a federal hate crime.

Additional reporting by Lisa Mascaro of the Associated Press.