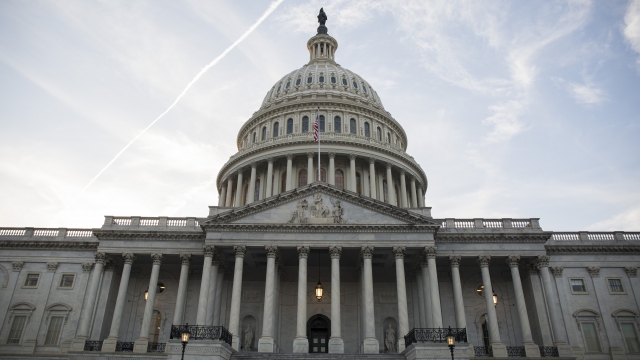 Senate Republicans used the so-called "nuclear option" to permanently change time limits for some debates in the chamber.

As part of the Senate's normal process, there's a procedural action called cloture that puts a clock on debate for whatever the issue is. Normally, that clock is 30 hours. But Wednesday's move by Senate Majority Leader Mitch McConnell cut that time down to two hours of debate. The shorter time limit applies to debates on district court nominees and lower-level presidential cabinet positions.

The "nuclear" part comes with *how McConnell changed that time limit. He did so with a simple majority instead of the typical 67 votes required to change the Senate rules.

In 2013, Democrats were the first to invoke the "nuclear option." They changed the cloture rules for presidential cabinet nominations, lowering the threshold from 60 votes to a simple majority. Then Republicans pushed through the same change for Supreme Court nominees in 2017.

Democrats opposed the new time limit. They argued that, especially for judicial nominees, "two hours [of debate] for a lifetime appointment is unacceptable." Republicans said the change was needed to speed up the approval process for President Trump's nominees and get them out of "Senate purgatory."