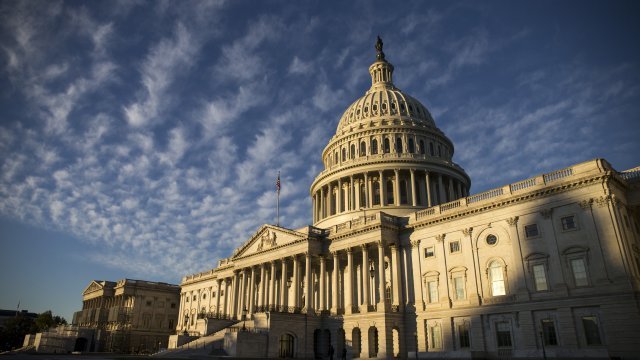 SMS
Senate Dems Vow To Block Measures Unrelated To Reopening Government
By Katie Cammarata
By Katie Cammarata
January 9, 2019
In a floor vote on Tuesday, Senate Democrats blocked legislation that would have slapped new sanctions on Syria, among other things.
SHOW TRANSCRIPT

Most Senate Democrats are vowing to block all legislation on the chamber floor that doesn't contribute to reopening the government.

Their goal is to keep the Senate focused on the partial government shutdown.

Legislation that would have slapped new sanctions on Syria, authorized security assistance in Israel and Jordan and supported other security measures in the Middle East was blocked by four votes on the floor on Tuesday. Four Democrats voted in favor of it.

While Republicans have upped their majority in the higher chamber to 53-47, they still needed seven Democratic votes to advance the legislation.

Reuters reports even if the measure had passed in the Senate, it likely wouldn't have made it through the House.