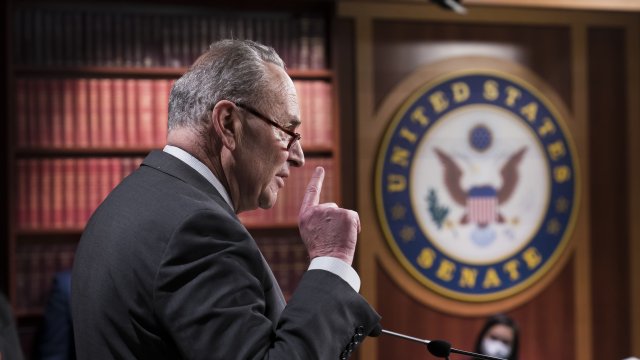 “Let me be clear Mr. President: We are not going to dilute, to dither, to delay," said Majority Leader Chuck Schumer. "The needs of the American people are so demanding we need to think big and we need to act quickly."

It will allow them to pass the president's plan without any Republican support.

The first vote happened less than 24 hours after President Biden and Republican Senators agreed to "keep talking" about a relief plan.

Republicans want a much smaller proposal than President Biden's.

They've proposed one that's about one-third of the cost.