Senate Democrats Want To Vote On Kennedy's Replacement After Midterms 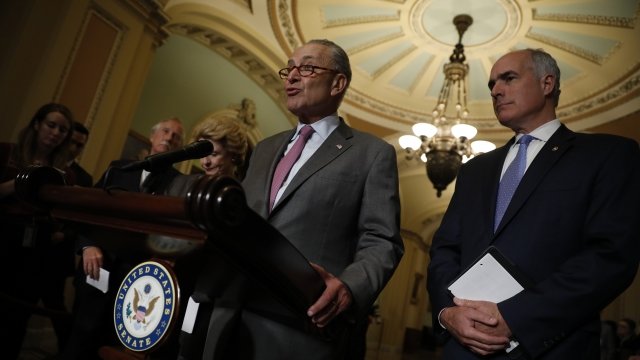 Senate Democrats were quick to call for a delay in confirming a replacement for Justice Anthony Kennedy.

Within hours of his retirement announcement, multiple senators said GOP leaders should follow the precedent they set the last time there was an open Supreme Court seat.

"Our Republican colleagues should follow the rule they set in 2016, not to consider a Supreme Court justice in an election year. ...  Anything but that would be the absolute height of hypocrisy," Sen. Chuck Schumer said on the Senate floor Wednesday.

At the time, they said a SCOTUS nominee shouldn't be considered in an election year. So Democrats are using that logic and the upcoming midterm elections to call for a delay.

But Senate Majority Leader Mitch McConnell already said he plans to vote on President Donald Trump's nominee this fall, saying it's not a presidential election year.