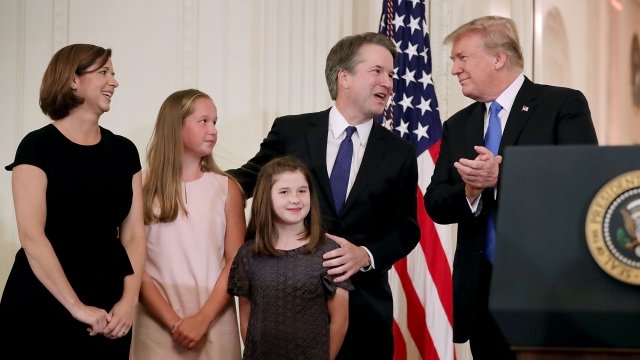 The 10 Democratic members of the Senate Judiciary Committee are asking to postpone hearings on Supreme Court nominee Brett Kavanaugh.

On Tuesday, President Trump's former attorney Michael Cohen plead guilty to violating campaign finance laws, something he alleges the president told him to do.

The senators also say there has been a lack of transparency in the process, pointing to records concerning Kavanaugh they have requested and haven't received.

Judiciary Committee Chair Senator Chuck Grassley on Friday called the Democrats' complaints, "hollow," and critics have accused them of obstructing the process for political reasons.

The Judiciary Committee hearings are currently scheduled to start September 4.