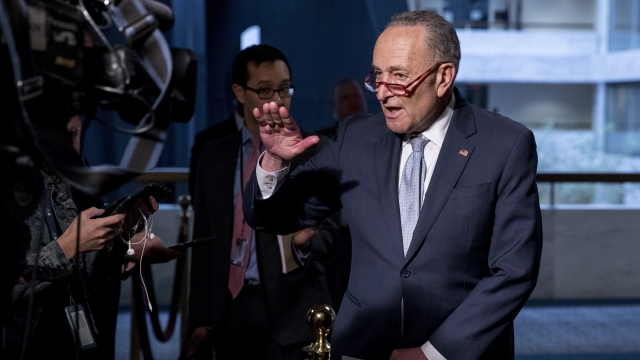 Senate Democrats have slammed the brakes on a massive coronavirus stimulus bill, preventing the measure from moving forward. Talks are continuing and another vote is expected Monday.

On Sunday, an initial procedural vote failed to garner enough votes to advance the legislation. Republicans needed 60 votes to move the bill forward, but only 47 senators voted in favor.

The Coronavirus Aid, Relief and Economic Security Act — or CARES — aims to bolster the economy and jobs amid the coronavirus pandemic.

Lawmakers are at odds over several issues, including worker protections, corporate bailouts and unemployment insurance. Democrats say the relief package does more for big business than it does for workers and health care providers.

"Democratic ideas were incorporated, major changes were made at their request, but today the Speaker of the House, back in town, after taking a week off, and poured cold water on the whole bipartisan process," McConnell said.

But Senate Minority Leader Chuck Schumer pointed the finger at McConnell for presenting a partisan bill that still has "many problems."

"Given more time, I believe we could reach a point where the legislation is close enough to what the nation needs for all senators, all senators to want to move forward. We are not yet at that point," Schumer said.