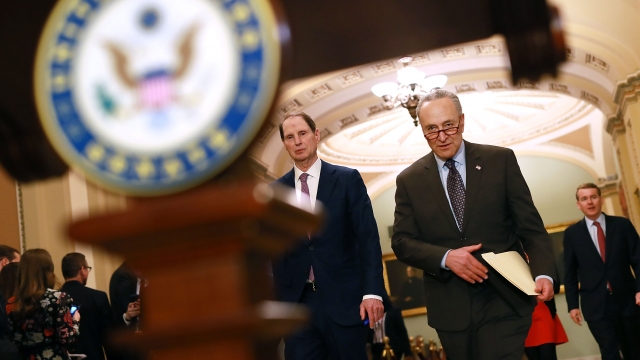 Democrats in the Senate sent a letter to the IRS on Wednesday asking the agency to consider withdrawing the NRA's tax-exempt status.

The request is linked to a congressional report released last month that says the NRA worked with officials at the Central Bank of Russia to get access to top Russian officials and used organization funds, mostly member dues, to do so. The association is a tax-exempt social welfare organization, but the report says it didn't act as such leading up to the 2016 elections and that it violated nonprofit restrictions by improperly using tax-exempt funding.

Democrats on the Senate Finance Committee released the investigative report. Committee Republicans did not cooperate with the investigation. But Chairman Republican Chuck Grassley released another report saying the $6,000 that paid for the trip to Moscow in 2015 is "relatively insubstantial" and that the evidence "does not raise concerns that the NRA abused its tax-exempt purposes." The NRA has said the trip was not an official organization trip.

On Wednesday, an NRA lawyer said Democrats' request to the IRS was "fueled by unfounded allegations" and politically motivated. He said: "This report goes to great lengths to try to involve the NRA in activities of private individuals and create the false impression that the NRA did not act appropriately. Nothing could be further from the truth."

While it's unclear if the IRS will take any action, the Democrats on the committee are asking it to "fully investigate the organization's activities to determine whether the NRA's tax exemption should be disallowed."