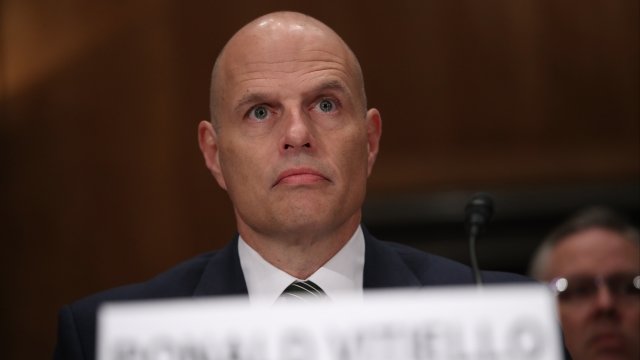 A Senate committee has delayed a vote on Ronald Vitiello — the nominee to be ICE's next director.

In a hearing Wednesday, the Senate Homeland Security and Governmental Affairs announced it was tabling the vote in response to "serious issues," raised by ICE unions.

According to a letter from those unions the Washington Post obtained, those concerns include a protest against ICE in Portland, Oregon where union leaders allege Vitiello, the acting director of ICE, failed to effectively protect ICE agents. They also criticized tweets Vitiello allegedly sent in the past, including one comparing then-presidential candidate Donald Trump to Dennis the Menace.

Vitiello has previously served as deputy commissioner of Customs and Border Protection and as chief of the Border Patrol.