Senate Amendment Declares ISIS, Al-Qaeda Are Still Threats To The US 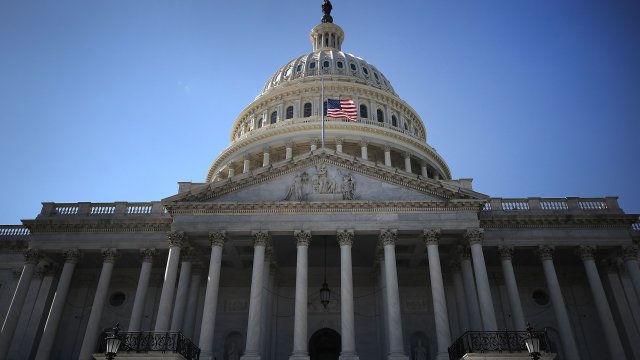 SMS
Senate Amendment Declares ISIS, Al-Qaeda Are Still Threats To The US
By Alec Larson
By Alec Larson
January 31, 2019
The amendment declares ISIS' continued presence in Syria and Afghanistan is a major threat to the U.S.
SHOW TRANSCRIPT

The Senate voted to advance an amendment on Thursday that declares ISIS' continued presence in Syria and Afghanistan a major threat to the U.S.

The amendment was passed in a 68-23 vote in the Senate. It's connected to a larger Middle East policy bill that aims to toughen sanctions against Syria and increase military support for Jordan and Israel.

Earlier this week, Republican Sen. John Thune said a public pushback against President Trump's decision to withdraw troops from Syria and Afghanistan was necessary because the president had not been open to changing his view in private talks.

There's not expected to be a final vote on the larger bill until next week.