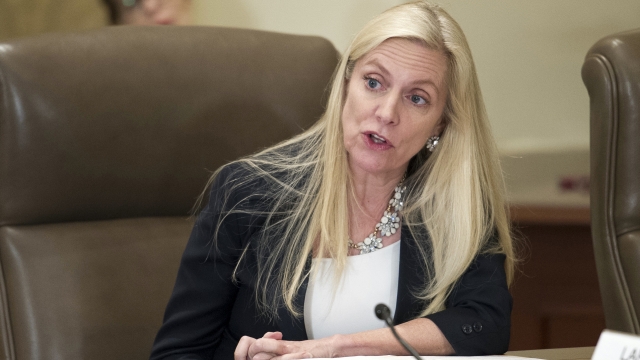 The Senate on Tuesday confirmed the nomination of Lael Brainard to a four-year term as vice chair of the Federal Reserve, elevating her to the Fed's No. 2 post in the midst of the central bank's toughest fight against inflation in four decades.

Her confirmation came in a 52-43 vote in the Senate, with seven Republicans and all Democrats who were present voting in favor. President Joe Biden had nominated Brainard in November. 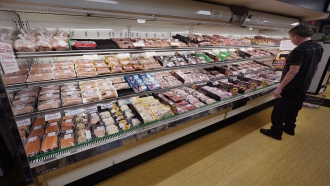 The relatively close vote reflects the increasingly partisan atmosphere in Congress and nationally that is now engulfing the nomination process for the Fed, an independent institution that has sought to remain above politics. The last time that Brainard, a longtime Democratic official, came before the Senate in 2014, her nomination to the Fed’s Board of Governors was approved 61-31.

In another sign of the divide, a procedural vote on whether to consider President Biden's nomination of Lisa Cook, an economics professor, to a position on the Fed's board, was voted down Tuesday on partisan lines, delaying a final Senate vote on her nomination.

The delay in considering Cook, who, if confirmed, would become the first Black woman to serve on the Fed's board, prompted angry recriminations by senators from both parties, including statements suggesting racial bias by Senate Republicans.

President Biden and the Senate have struggled to fill three vacancies on the Fed's seven-member board just as the central bank is grappling with the delicate challenge of raising interest rates enough to clamp down on inflation — but not so much as to plunge the economy into recession.

Brainard's rise to a leading policymaking role follows an extensive career as an economic official during previous Democratic administrations. She was an adviser to President Bill Clinton in the late 1990s before becoming the top Treasury official for international affairs during President Barack Obama's administration, from 2009 to 2013.

Brainard, 60, the lone Democrat on the board for now, has generally supported keeping interest rates low to support growth and hiring, which makes her a “dove” in Fed parlance. “Hawks,” by contrast, generally support higher rates to control inflation. 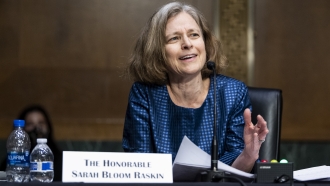 Three other Fed nominees are also awaiting confirmation for the Fed's board, including Jerome Powell for a second four-year term as Fed chair. Powell has been serving in a temporary capacity since his first term expired in early February and has broad bipartisan support in the Senate.

Previously, President Biden tapped Sarah Bloom Raskin as his choice to be the Fed's top bank regulator. Raskin later withdrew from consideration after Republicans and one Democrat, Sen. Joe Manchin of West Virginia, lined up against her. The president has since nominated Michael Barr, a former Treasury Department official, for that post. Brown said Tuesday that he hoped to hold a hearing on Barr as early as mid-May.