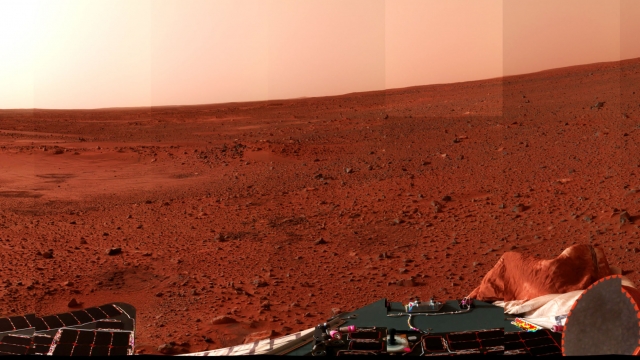 SMS
Congress Could Make A Manned Mission To Mars Mandatory
By Ryan Biek
By Ryan Biek
September 22, 2016
The Senate is reportedly looking to protect NASA's plans for Mars from the uncertainty of this election.
SHOW TRANSCRIPT

The U.S. may become legally obligated to send astronauts to Mars.

A Senate committee OK'd a bill Wednesday that — among other things — would require NASA personnel to visit the red planet and would give the space agency $19.5 billion to help make it happen.

This isn't really a new plan. NASA's had its sights set on a manned mission to Mars sometime in the 2030s for years now.

It's more about protecting the investment. The Senate hasn't forgotten how when President Barack Obama took office, he scrapped the ongoing project his predecessor had put in place to send astronauts to the moon.

Over $9 billion had already been spent on the project by the time it was cut.

As for what we can expect from a new president, Hillary Clinton recently said she supports the exploration of Mars, while Donald Trump has said the economy needs to be fixed first.

The new bill received bipartisan support from senators in the committee and is expected to pass if it reaches the floor.