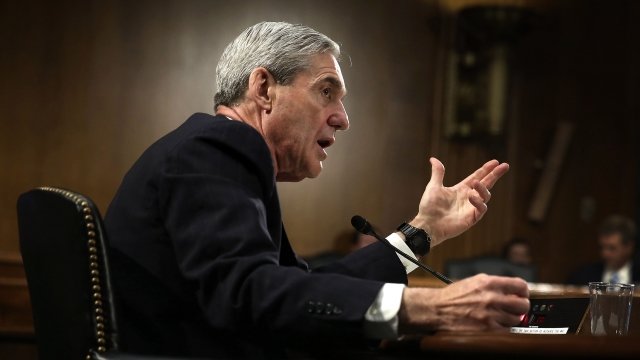 That bipartisan bill would define who is allowed to fire Mueller — or any future special counsel. And it would also require the termination be for "good cause."

Republican Sens. Chuck Grassley, Jeff Flake, Lindsey Graham and Thom Tillis voted for the bill, along with every Democrat on the committee.

The lawmakers also approved an amendment Grassley crafted that would require Congress to be notified when a special counsel is appointed or removed as well as provide a report when an investigation concludes.

That's a revised version of the amendment Grassley was originally floating, which would've required a special counsel report if the scope of the investigation ever changed. It appears the committee was able to reach a compromise after some Democratic lawmakers opposed that idea, worried it would allow Congress to undermine Mueller's probe.

The next step is for the bill to head to the full Senate. But as Newsy previously reported, it's facing an uphill battle.

And even if the bill does pass both the House and Senate, it would still need President Donald Trump's signature to become law — something McConnell has said is unlikely.