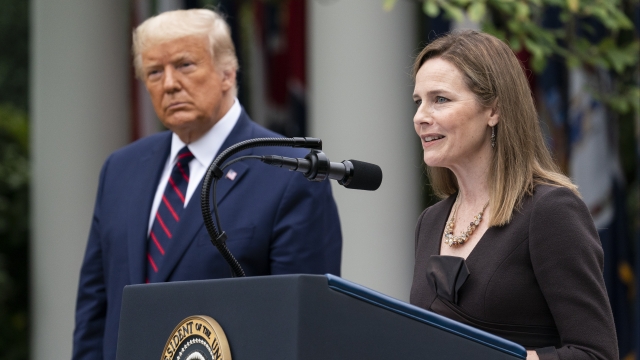 The Senate Judiciary Committee will begin the hearings October 12 to consider Judge Amy Coney Barrett to serve on the Supreme Court.

Chairman Sen. Lindsey Graham made the announcement in a statement Saturday. The hearings will last three to four days. Graham said he expects the committee to report Barrett's nomination October 22.

It will start with opening statements from Judiciary Committee members and Barrett herself on day one — followed by senators questioning the potential justice on day two.

The hearings will also include, testimony by quote "those who know Judge Barrett the best" and additional legal experts.

With the hearings scheduled less than a month before the elections, Democrats are protesting the nomination, calling it illegitimate after Republicans refused to fill a vacancy with President Obama's pick in 2016.