Committee OKs Sen. Sessions For Attorney General But Not Without Drama 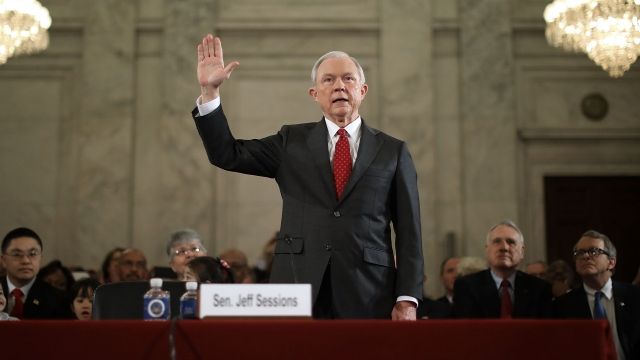 Attorney General nominee Sen. Jeff Session was approved by the Senate judiciary committee, but there was some drama leading up to that vote.

The vote tally was 11 yays and nine nays. Every Republican voted yes, and every Democrat voted no.

"The attorney general is the people's attorney, not the president's attorney. ... I have very serious doubt that Sen. Sessions would be an independent attorney general," Sen. Patrick Leahy said during the committee meeting Tuesday.

Some of Sen. Leahy's concerns stem from President Donald Trump firing the acting Attorney General Sally Yates after she said she wouldn't defend his executive order on immigration. Other Democratic members criticized Sessions' response to Trump's unsubstantiated claim that millions of people voted illegally in the 2016 election.

Democratic committee members made their disapproval of Sessions, and the Trump administration as a whole, very clear. 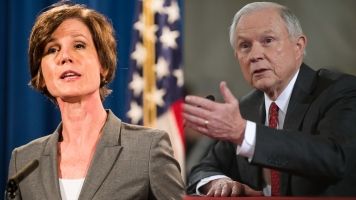 Yates And Sessions Agree: The Law Comes Before The President

"To say that it's amateur hour at the White House is to slander amateurs," Sen. Sheldon Whitehouse said in Wednesday's committee meeting.

"Three attorneys ... wrote an op-ed stating that Sen. Sessions had no substantive involvement in the cases that he listed as being among the top 10 that he had personally handled," Sen. Al Franken said Wednesday.

Republicans supported Sessions, but some criticized the Democrats for playing partisan politics.

Sen. Sessions' nomination now goes to the full Senate. He needs 51 votes to be confirmed.