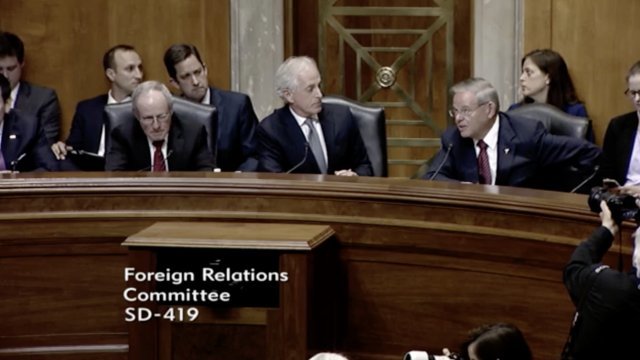 The Senate Foreign Relations Committee gave secretary of state nominee Mike Pompeo its stamp of approval — but that approval got temporarily snagged by some Senate rules.

The committee initially voted 11-10 to favorably recommend Pompeo. But one of those approval votes came by proxy, meaning that senator wasn't in the room to place his vote himself. Senate rules say without that 11th vote being cast in person, the committee couldn't send a favorable recommendation to the full Senate.

After a little song-and-dance, Democratic Sen. Chris Coons volunteered to change his vote from no to "present." That allowed Pompeo's nomination to move forward with a favorable recommendation.

Now the full Senate needs to vote on his nomination before the current CIA director can officially become the head of the State Department.