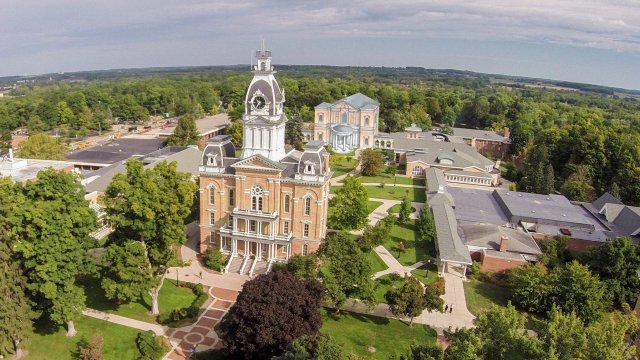 SMS
The Senate Blocked A Tax Break Many Said Would Only Help One College
By Casey Mendoza
By Casey Mendoza
December 2, 2017
Senators blocked a proposed amendment to the tax plan they say would have only benefited Hillsdale College.
SHOW TRANSCRIPT

A last-minute provision to the Senate GOP tax bill would have exempted some colleges that refuse federal funding from the endowment tax. That amendment was quickly defeated, largely because it appeared to affect just one school.

"One college, Hillsdale College, has been exempted from taxes on colleges with large endowments," Sen. Chuck Schumer said Friday. "Hillsdale College is supported by the DeVos family, one of the largest contributors to the Republican party."

Hillsdale College is a small school in Michigan known for its religious and conservative ideology. Beyond its connection to the DeVos family, the college has also been linked to the conservative political group Club for Growth. 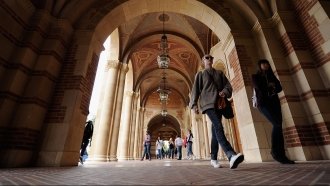 Republicans Are More Likely To Think Poorly Of College — Here's Why

Republican Sen. Pat Toomey, who offered the amendment, defended it, saying it was "perfectly reasonable" to exempt colleges that forgo federal money. But when asked to name other schools that did so, Toomey declined.

Hillsdale College and at least six other religious schools refuse to accept federal funds when religious elements of the schools clash with federal policies. These policies include anti-discrimination regulations and protections for LGBTQ students.

Business Insider notes that Hillsdale might have been exempted from the endowment tax anyway. Another last-minute change to the bill raises the threshold of endowments per student from $250,000 to $500,000. Hillsdale's endowment is around $360,000.