The Road To Legal Marijuana 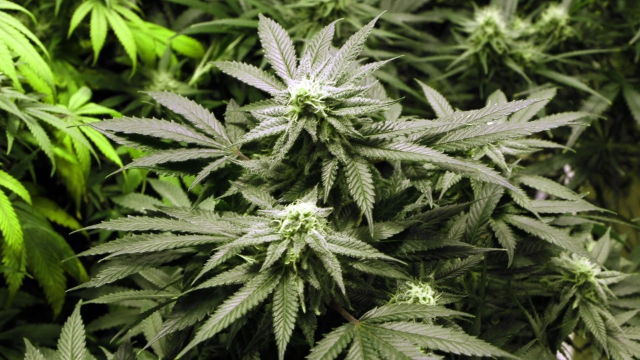 SMS
The Road To Legal Marijuana
By Kellan Howell
By Kellan Howell
April 19, 2022
The Senate is taking on cannabis reform for the first time, but significant hurdles remain in federally changing marijuana laws.

Advocates for marijuana reform were hopeful change was on the horizon when Democrats took control of both the House and Senate after the 2020 elections.

"I rise today in support of this urgent legislation that will help pave the path toward racial and economic justice," said House Speaker Nancy Pelosi.

But well over a year after the new Congress was sworn in, significant hurdles remain in federally changing marijuana laws that have disproportionately affected people of color.

"It's ridiculous that at this point, where most people live in a state that has decriminalized marijuana to some point, that again, Congress is way behind where the people are," said Maritza Perez, director of national affairs at the Drug Policy Alliance.

Earlier this month, the House again passed the More Act — a sweeping bill to decriminalize marijuana and expunge prior criminal records that has been approved in previous years.

And the Senate will soon get its own bill — which Democratic Leader Chuck Schumer has pledged to introduce by August.

"At long last we are taking steps in the Senate to right the wrongs of the failed war on drugs. I was the first Democratic leader to come out for the legalization of marijuana and I will use my clout as majority leader to make this a priority," Schumer said.

Although the two bills are similar, the Senate bill is expected to legalize and regulate cannabis sales, something the More Act does not do.

"It appears that things are hinging on the Senate bill, just because there isn't a More Act in the Senate, there is no Senate companion. I believe that the Senate bill will actually be the vehicle for marijuana legalization," said Perez.

Although the House has passed the More Act multiple times, this is the first time the Senate will have to take up the question of cannabis reform, and it's unclear if the bill will get the 60 votes needed to pass — with many Republicans still worried about the potential negative impacts of legal marijuana.

Republican Congresswoman Nancy Mace sponsored the States Reform Act. The bill would decriminalize marijuana and regulate it like alcohol, but leave it up to states to decide whether to allow legal sales. But it doesn't include the social justice programs laid out in the More Act.

Advocates like Perez say an issue as big as marijuana reform needs a big solution.

"The drug war has impacted so many facets of people's lives that we need as a solution that's just as comprehensive," said Perez.