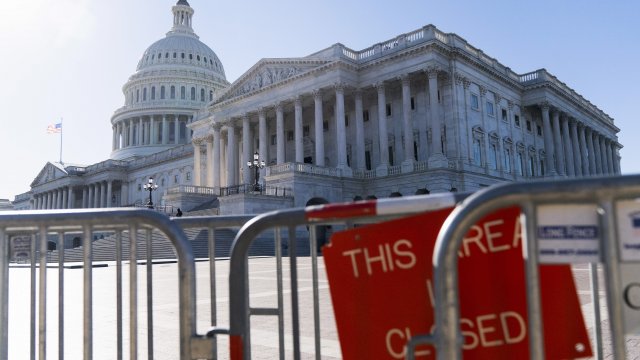 Mitch McConnell indicates he'll link this issue to other White House priorities. Democrats don't support lumping them into one piece of legislation.

Senate Majority Leader Mitch McConnell blocked an initial attempt by Democrats to quickly approve the increased COVID payments on Tuesday, instead signaling he would link the measure with repealing protections for social media companies and investigating voter fraud.

The Senate will "begin a process" to "bring these three priorities into focus." The trio of issues are each a priority for President Trump. Democrats have said lumping them together in one piece of legislation would be a nonstarter. This comes after a handful of Republicans, including the two facing re-election battles in Georgia, announced they would favor increasing payments to most Americans.

"I've stood by the president a hundred percen. I'm proud of that, and I've said absolutely, we need to get relief to Americans now. I will support that," said Sen. Kelly Loeffler.

The process has created political odd couples with progressives on the same side of the issue as President Donald Trump.

"The leaders of our country, President Trump, President-elect Biden, Minority Leader Chuck Schumer, the Speaker of the House Nancy Pelosi, are all in agreement we have got to raise the direct payment to $2,000," said Sen. Bernie Sanders.

Bernie Sanders has threatened to hold up a vote planned for today to override the president's veto on the defense authorization bill.