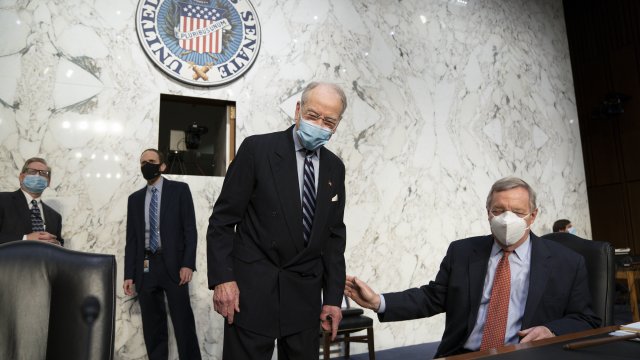 The Senate Judiciary Committee met on Tuesday for a hearing on gun violence prevention.

The Senate Judiciary Committee met yesterday for a hearing on gun violence prevention that was scheduled before the Boulder shooting took place.

Lawmakers heard from eight witnesses, ranging from gun reform advocates to a firearms dealer to a trauma surgeon.

But even before their testimony, senators appeared to already have their minds made up.

"Now's the time for action to honor these victims with action," said Sen. Richard Blumenthal. "Real action, not the fig leaves or the shadows that have been offered on the other side."

"I agree. It is time for us to do something," said Sen. Ted Cruz. "And every time there's a shooting, we play this ridiculous theater where this committee gets together and proposes a bunch of laws that would do nothing to stop these murders."