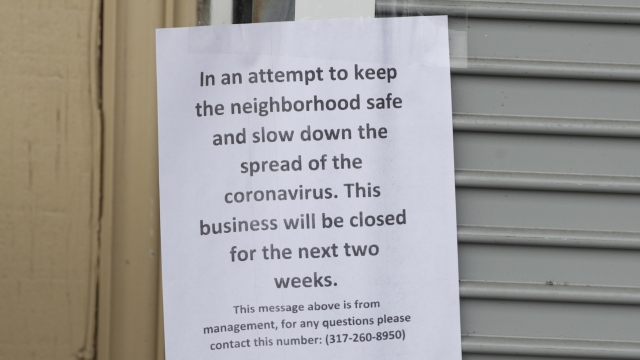 The Senate has approved a roughly $480 billion relief package that includes more money for small businesses affected by the coronavirus pandemic. It was passed by voice vote Tuesday.

Senate Majority Leader Mitch McConnell said more than $320 billion would go to the Paycheck Protection loan program, which ran out of money last week and left many small businesses empty-handed.

McConnell criticized Democrats for not agreeing to a relief package sooner.

"It's unfortunate that it took our Democratic colleagues 12 days to agree on a deal that contains essentially nothing that Republicans ever opposed."

The bill also includes $75 billion for hospitals, $25 billion to expand coronavirus testing across the country and around $60 billion for the Economic Injury Disaster business loan program.

"This legislation is significantly better and broader than the initial proposal offered by the Republican leader," Senate Minority Leader Chuck Schumer said. "The legislation before us contains 220 billion more dollars, including funding for small businesses through community financial institutions, new funding for our hospitals and health care system, and a substantial down payment on a national testing regime so desperately needed."

President Donald Trump urged both congressional chambers to pass the bill on Tuesday and indicated he will sign it. The House is expected to vote on the bill Thursday.