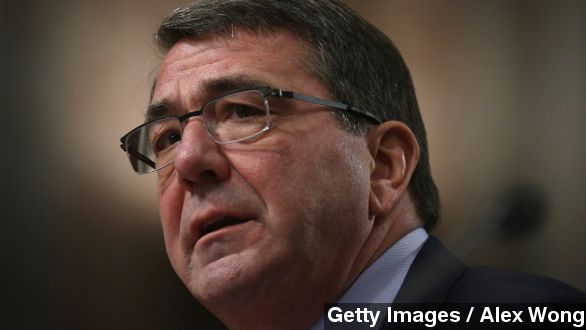 The Senate confirmed Ashton Carter as the next U.S. Secretary of Defense on Thursday, making him the fourth person to serve in that role under President Obama.

"On the confirmation of Ashton B. Carter of Massachusetts to be the secretary of defense, the yeas are 93, the nays are 5 — the motion is carried," words said during Carter's confirmation.

Carter, who is 60, won overwhelming approval during the Senate's vote Thursday. He's a former deputy defense secretary who is considered a longtime Pentagon insider.

Carter will take his new role just as the White House makes decisions on several defense issues, including whether to take military action against ISIS.

Carter is replacing outgoing Defense Secretary Chuck Hagel, who resigned last year under pressure from the White House and Congressional Republicans. He is expected to be officially sworn in next week.