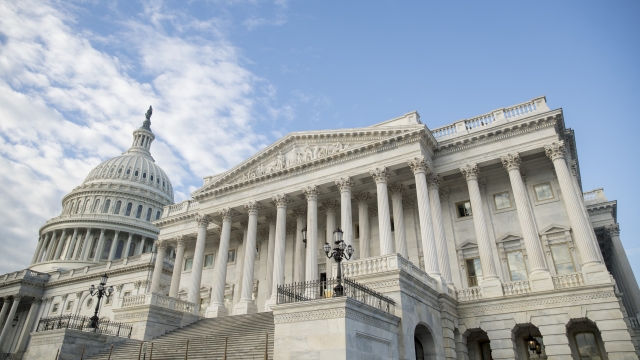 Senate leaders and the White House reached an agreement on the terms of a $2 trillion relief bill to help Americans impacted by the coronavirus.

Leaders in the Senate and the White House reached an agreement early Wednesday morning on the terms of a $2 trillion relief bill to help Americans impacted by the coronavirus pandemic. It comes after multiple days of negotiation.

"This is not a moment of celebration, but one of necessity. We have the anguish of the American people wondering about the future of their health, the health of their loved ones and the economy, necessitates us to do all we can to help them, and help our country," Senate Minority Leader Chuck Schumer said.

The full details of the deal weren't immediately released. But we do know it would provide $250 billion in direct payments to many Americans. It'll also expand unemployment insurance, give assistance to hospitals and provide loans for both small businesses and large corporations, like airlines.

"It's good news for the doctors and nurses in emergency rooms around the country are waiting for more math and more funding. It's good news for families all across America," Senate Majority Leader Mitch McConnell said.

Senate Majority Leader Mitch McConnell said the Senate will vote later Wednesday on the deal. If passed, the piece of legislation would then move on to the House, which is currently in recess.

House Speaker Nancy Pelosi previously said she was looking into passing the bill through unanimous consent. That option would allow lawmakers to stay at their homes instead of traveling back to Washington, D.C.