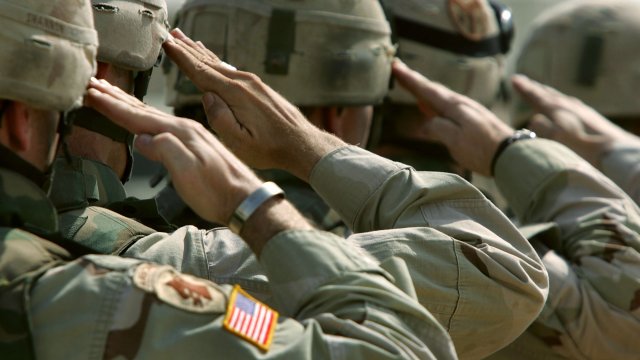 A measure in the National Defense Authorization Act that's meant to encourage screening for white nationalists among military recruits no longer contains the phrase "white nationalists" — thanks to a quiet move by the Senate.

The Huffington Post first reported on the change Tuesday. It was later confirmed by other media outlets that compared the House and Senate versions of the NDAA.

The amendment was originally passed by the House back in July. It calls on the secretary of defense to study the feasibility of "screening for white nationalists and individuals with ties to white nationalist organizations."

But the final version of the legislation passed by the Senate doesn't specifically reference white nationalism. Instead, it encourages screening for "extremist and gang-related activity."

Rep. Pete Aguilar introduced the House amendment, and he says he's disappointed with the change.

He told CNN: "I introduced my amendment because keeping this hateful ideology out of our military is crucial ... We can't address the problem if we won't acknowledge there is one."

But a spokesperson for the Senate Armed Services Committee called Aguilar's comment "absurd," saying the language in the amendment was expanded to include extremist organizations of all kinds.